Advance Union can assist members in resolving most matters informally but will also offer formal representation.

A grievance is a written complaint sent to your employer where you feel you have been mistreated. They have a legal obligation to respond.

Many grievances relate to the behaviour of other employees, but not all. Some can be how you feel treated as the result of a company policy or process.

Suppose you are, unfortunately, the victim of bullying and harassment with evidence of actual direct or indirect discrimination. The formal process is likely the best option you can consider to ensure your employer conducts a thorough investigation.

Employers can only act on supportive evidence they can find to support your claims, which can be difficult if the other party denies the allegations and there are no witnesses.

However, sometimes an informal approach can be very effective in resolving issues early, including when it involves mending strained relationships between individuals. Your union consultant will help you decide on the most appropriate approach.

Everybody has difficult days from time to time – this is just part of everyday life – and we often don’t know how those around us are feeling at any given time. Is a person being curt to a colleague at the moment in time a reason for taking out a Grievance against them? Maybe a formal process has to be run, but perhaps not all of the time. People can resolve many differences at work by taking time out after an incident to have a quick chat to work through the issues. An Advance union consultant can advise on the way forward.

Advance union encourages members to consider their goals when raising a grievance. Often it is a recognition from another person that their actions or words were not well received. Pursuing a formal process may lead to a further strain on the ongoing working relationship between the two individuals involved and often other people too. Another factor is the time it takes for formal Grievances to follow a relatively rigid structure. Large employers tend to take a thorough approach but, as a result, can take longer than initially envisaged.

Where the issues raised may be a case of one person’s word against another’s, a formal Grievance outcome may not satisfy all parties involved. In looking at the result that an individual may want from a Grievance, an informal approach and a chat over a cup of tea might help to mend a situation. Alternatively, engaging with a trained mediator may be another route for those involved to consider.

Mediation is increasingly recognised as an effective way to resolve workplace issues to everyone’s satisfaction.

The grievance process is an essential means by which people can bring a range of concerns and complaints to their employer’s attention. However, the chance to raise informally still would remain a more comfortable option.

Seeking an informal resolution does not preclude anyone from raising a formal grievance, should a simple solution not be possible. As ever, Advance consultants are on hand to support you with any challenges which you might face – should they be informal or through a formal process. 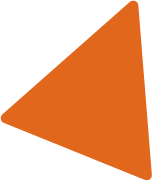 Not sure which way to turn or how to raise your concerns?

Take the best decision in your career and join us today. At £6.70 per month, we are great value for our members. Ensure you are part of your voice at work.

We use cookies on this site to enhance your user experience

By clicking the Accept button, you agree to us doing so.

This website uses cookies to improve your experience while you navigate through the website. Out of these, the cookies that are categorized as necessary are stored on your browser as they are essential for the working of basic functionalities of the website. We also use third-party cookies that help us analyze and understand how you use this website. These cookies will be stored in your browser only with your consent. You also have the option to opt-out of these cookies. But opting out of some of these cookies may affect your browsing experience.
Necessary Always Enabled
Necessary cookies are absolutely essential for the website to function properly. These cookies ensure basic functionalities and security features of the website, anonymously.
Functional
Functional cookies help to perform certain functionalities like sharing the content of the website on social media platforms, collect feedbacks, and other third-party features.
Performance
Performance cookies are used to understand and analyze the key performance indexes of the website which helps in delivering a better user experience for the visitors.
Analytics
Analytical cookies are used to understand how visitors interact with the website. These cookies help provide information on metrics the number of visitors, bounce rate, traffic source, etc.
Advertisement
Advertisement cookies are used to provide visitors with relevant ads and marketing campaigns. These cookies track visitors across websites and collect information to provide customized ads.
Others
Other uncategorized cookies are those that are being analyzed and have not been classified into a category as yet.
SAVE & ACCEPT